90th Anniversary Celebration of "Rhapsody in Blue" in NYC 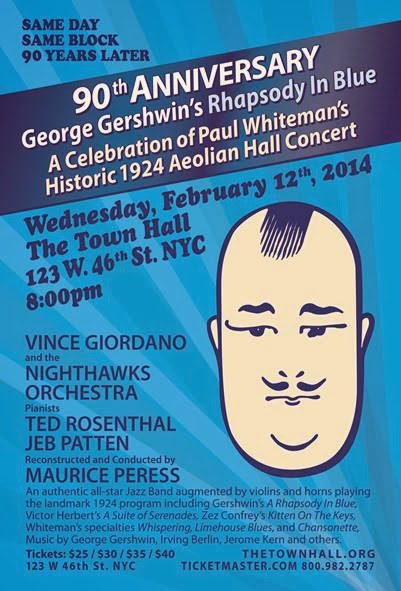 Paul Whiteman’s historic Aeolian Hall Concert will be recreated on Wednesday, February 12, 2014 at The Town Hall, NYC, on the same day and same block as the original concert 90 years ago.