This Friday's program will commemorate my wife's trip to Tennessee--and my steadfast reclusiveness. (Like certain wines, I really don't travel well.) There's lots to love about the lower Red states, and some things to feel ambivalent about--my selections are (mostly) respectful. (Many of these Dixie encomia were penned by guys sweating it out in the Brill Building in little ol' New York City.) Hospitable helpings of period Political Incorrectness have been included at no charge.

My (generally) polite nod to my neighbors below the Mason-Dixon Line begins Friday, June 30 at 7 PM EDT on WHCL: 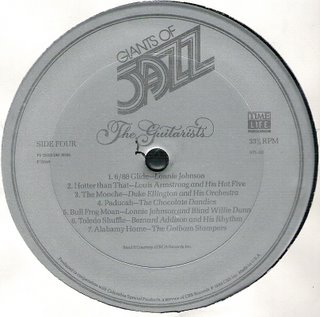 This week's RADIOLA features gender-bending vocals (and vocalists) on vintage records--not that there's anything wrong with that. Also on tap are lyrics modified to fit the sex of the singer, a few decidedly politically incorrect numbers, and tributes to three imcomparable gay songwriters.

The Playlist That Dare Not Speak Its Name begins tonight at 7 PM EDT on WHCL 88.7 FM.

Ambrose Bierce defined "phonograph" as "an irritating toy that restores life to dead noises." This week's program consists of 51 original source documents (i.e., 78s) which have been variously restored for public presentation. Some needed just a tweak of the equalizer, while others required a bit more attention.

Bierce would not approve, but he's no longer in any position to complain. 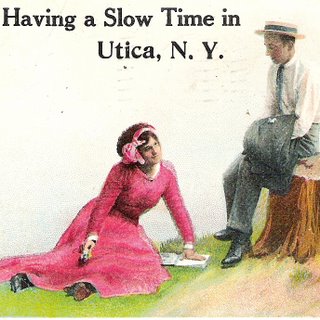 This program is dedicated to the most underrated of the Seven Deadly Sins. It's certainly the only one I have any heart for these days. When the weather warms up, I tend to slow down--waaaaay down. Here's today's playlist--come wallow!!